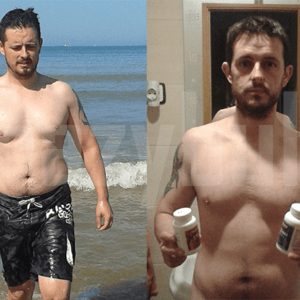 The body naturally creates steroids, such as testosterone, for a variety of reasons, including the development of muscular tissue and other vital physical functions. Natural steroids are elements that imitate human hormones or steroids. They can be found in herbs, plants, and other natural sources. Natural steroid proponents think that they function in the body similarly to anabolic steroids. These are chemicals that increase testosterone production, which helps build and repair muscle. Natural steroids are sometimes known as legal steroids, and they are frequently sold as a blend of components.

Increased muscular mass is a product of testosterone. Loss of body weight and increased energy are both aided by a leaner body mass. Treatment for low testosterone in men has been shown to reduce fat mass and promote muscle gain and strength in trials. Some males noticed a change in lean body mass but no increase in strength. When testosterone therapy is coupled with strength training and workouts, the largest benefits are likely to be realized.

As a result of sexual activity or excitement, the level of testosterone rises naturally. Males with elevated levels of testosterone are more likely to engage in sexual behavior. For sex drive and erection, older males need more testosterone. However, erectile dysfunction is commonly caused by other ailments rather than decreased testosterone levels.

Testosterone therapy has been shown in studies to improve sexual health and performance. It also demonstrates that there is a limit to how much testosterone may be produced before there is no greater reaction. Increasing testosterone may not improve libido in men who do not have hypogonadism.

Compounds with some earliest indication to support them include the following:

Creatine is presently the only natural steroid approved by the Food and Drug Administration (FDA) for healthy persons over 18 years to enhance physical performance.

Taking creatine for a week has been shown in several studies to:

There are no additional chemicals approved by the Food and Drug Administration or proven to work in humans. On the other hand, some substances may aid in muscle development and physical endurance, and resilience.

Vitamin D levels in the bloodstream are critical for bone health. A recent study revealed that it may play a function in muscle wellness and that vitamin D insufficiency is linked to muscular strength and mass loss. According to studies, adult females with average body compositions and reduced body fat levels had higher circulating levels of active vitamin D. Vitamin D may indirectly contribute to muscle health by acting on fatty tissues, according to the study.

Magnesium has a role in a variety of biochemical activities that influence muscle function during exercise. The mineral may also assist in maintaining muscle structure during intensive activity, according to researchers. A 2019 study found that ingesting 400 mg of magnesium per day for three weeks helped 18 elite male cyclists decrease muscle injury.

Zinc is a vital trace element that aids in muscle regeneration and maintenance. Researchers have mostly focused on how zinc impacts muscle regulation. The chemical may be linked to sarcopenia or age-related muscle loss. According to 2018 research, there is a link between zinc intake and physical performance in older persons.

Withania somnifera, also referred to as ashwagandha, is an ayurvedic herb that promotes renewal, vitality, and life. Healthy guys were given a 500-milligram (mg) quantity of ashwagandha every day for 12 weeks while doing progressive overload resistance training four times per week in a 2018 study. In comparison to the placebo group, those who took ashwagandha saw better improvements in lower and upper body strength and a more favorable body mass distribution. On the other hand, steroids for sale can also give any user the benefits mentioned plus few more advantages as well.