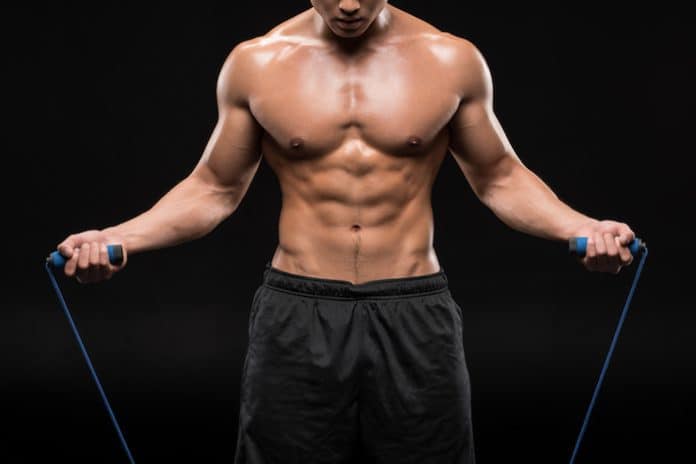 Winstrol (stanozolol) is one of the most popular steroids on the market today. Its fast-acting nature and powerful ability to burn body fat, whilst building muscle make it a unique compound. With it being an oral steroid and able to produce results early into a cycle — it makes for one of the best cutting steroids in the world.

Get 20% Off Winsol Today

Winstrol (stanozolol) is a DHT-derived steroid, first created in 1962 by Winthrop Laboratories. In medicine winstrol has treated diseases, including lipodermatosclerosis and osteoporosis.

However, users soon started noticing its dramatic effect on body composition with patients getting leaner, stronger and more muscular.

Consequently, bodybuilders and athletes started taking winstrol to get bigger, stronger and faster (without putting on large amounts of weight). This ultimately led to winstrol getting banned, due to its widespread use and its adverse side effects becoming well known.

Stanozolol is rarely used in medicine nowadays due to milder alternatives being available, with winstrol being considered a fairly toxic steroid.

Winsol is a legal and safe substitute of Winstrol, which is what we recommend.

Why Do People Buy Winstrol?

Winstrol’s benefits are as follows:

Winstrol is an effective muscle-builder, however it’s predominantly used in cutting cycles to shred fat and increase muscle definition. This is because its muscle-building effects aren’t as powerful as the likes of dianabol, however its fat burning effects rival some of the best fat burning steroids — including anavar.

Winstrol has a low androgenic rating, however in real life terms this doesn’t correlate; with users experiencing androgenic effects. Generally, the more androgenic a steroid is the better the fat loss will be — with trenbolone being similar in this regard. Winstrol’s ability to cause weight loss is more potent than other steroids, due to the compound also having diuretic attributes (causing users to lose water, as well as fat).

Winstrol is effective for increasing muscular strength and power. Its properties are perfect for athletes who want to get stronger without getting too bulky (maintaining their speed). However, winstrol is a banned steroid and thus any professional athlete who takes it to gain an edge over their competition will be at risk of failing a drugs test. Winstrol is not as effective at increasing strength, compared to more potent AAS; however its effects are still very noticeable.

All steroids will cause natural testosterone levels to plummet post-cycle and winstrol is no exception to this rule. It can take several weeks to months for test levels to bounce back (with this time being determined by the dose used, length of cycle and PCT effectiveness).

Cholesterol will rise when taking winstrol, most notably LDL levels. Thus, blood flow can decrease, placing more strain on the heart. Blood pressure will almost certainly increase from a cycle, thus anyone with heart problems should stay away from winstrol. To minimize the elevation of blood pressure, users are encouraged to perform regular cardio and to limit their sodium intake.

Acne and oily skin can be experienced when taking winstrol, with it producing notable androgenic side effects. Many users may not experience this particular side effect as it’s often related to a person’s genetics. Acne can happen due to an increase in sebum production, eventually blocking the pores — resulting in more frequent bouts of acne. If someone has no history of acne, winstrol is unlikely to cause such a reaction.

Hair loss is possible due to winstrol being a DHT-derived steroid. However, winstrol won’t cause someone’s hair to fall out, when they have strong genetics. Winstrol and any anabolic steroid may simply accelerate thinning during supplementation, which can often be reversed post-cycle; if users spend sufficient amounts of time off in between dosing. For those who are on steroids more than not, such thinning may be permanent, with the hair follicles not having enough time to regenerate.

Liver strain is a certainty on winstrol, with it being a potent oral steroid. This isn’t generally the most dangerous side effect, if utilizing winstrol in short to moderate cycles and taking ample time off. This is because liver values often revert back to normal post-cycle. However, when winstrol and other orals are used excessively, in combination with other hepatotoxic medication or substances — substantial liver damage is possible.

Many women take winstrol thinking it will help them burn fat and build muscle, and they are often pleased with the gains. However, winstrol is not the best steroid to take when trying to keep your femininity — with it often causing a deepened voice, enlargement of the clitoris and reduced breast size. The only way to keep these side effects at bay on winstrol would be to take a tiny dose. Thus, other steroids such as anavar are safer for women to take.

Because of steroid’s illegal status in the US and many other countries, bodybuilders typically buy winstrol from the black market — as doctors will no longer prescribe it for cosmetic purposes.

This can lead to various problems, such as products being under-dosed, mislabeled and even containing harmful substances.

Winstrol for sale on the black market simply is not guaranteed to be genuine, thus going through this avenue is risky (in regards to your finances and risking your health).

To reduce the chances of being scammed, someone you know might be able to vouch for a certain dealer; however there is no guarantee of being protected from the police who can slap those buying/selling winstrol with a hefty fine or prison time (depending on the law of the country).

More gym-goers are now buying winsol, a winstrol supplement, which is 100% legal to buy. This is because it is not pure exogenous testosterone, but instead made up of a formula which raises anabolic hormones once ingested. The FDA has approved Winsol’s formula, thus there’s no risk of getting in trouble with the police by buying it online. Therefore, you can find winsol (winstrol) for sale from a reputable retailer online, instead of having to trust shady dealers on the black market. A best-selling merchant online is Crazy Bulk, who sell Winsol and other legal steroids; helping bodybuilders make gains safely, without breaking the law.

5 Yoga Poses and Their Benefits

How To Age Gracefully: Four Ways To Do It

New Ways to Boost Your Health in LA