The changes, which could net $320 billion in taxes over the next decade, mostly center on long-term capital gains taxes – the tax paid on the growth of long-term investments (held for one year or more). Specifically, President Obama wants to increase capital gains taxes and change how they’re applied to inherited assets.

While aimed at 2016, and long shots in a Republican-controlled Congress, the proposals could set a course for future administrations. And they’ll be hot-button issues in the next election.

It’s politically easy to tax the rich, who can simply write a check, while trying to help middle- and lower-income families. But is raising taxes on small business owners and families with means the path to growth?

If these proposals become law, some Americans will face tough choices. Here’s what they could mean for you.

He now wants to bump the rate to 28% on long-term capital gains and dividends for couples earning $500,000 or more annually, marking a huge increase under his watch.

This same scenario in the new proposal results in a tax bill of $2,800. So it’s actually almost 87% greater than previous rates!

The long-term capital gains tax rate decreased under Presidents Clinton and George W. Bush, going from 28% to 15% during their terms. President Obama is flipping the script.

This not only hurts Americans’ pocketbooks, but could slow economic growth, squeeze capital availability and dampen our entrepreneurial spirit.

Currently, investors can bequeath assets without paying full tax on capital gains incurred during their lives. It’s known as the “stepped-up basis” rule.

President Obama proposed that long-term capital gains be fully taxed when both investors (spouses) die. Some exemptions would exist though, including capital gains up to $200,000, up to $500,000 in family home value, and personal property like clothing and furniture.

To illustrate, say your grandmother bought stock in 1970 for $1,000, and today it’s worth $50,000. Let’s assume your grandmother passed away before selling it, leaving it to you as a beneficiary. Under current law, you would inherit the asset at a cost basis of $50,000, which is its current value, and wouldn’t owe taxes on the $49,000 growth.

However, if President Obama’s proposals become law, you’d receive a hefty tax bill for the inherited asset. In our hypothetical scenario, you’d be taxed 28% on growth of $49,000, meaning you owe $13,720.

That could prove troublesome for many families. Most of the time, the only way to pay is to sell the asset, as tax bills are typically due in nine months to a year. That’s not a lot of time, especially to offload large assets.

And that’s just a simple stock example. It’s more complicated – and more emotional – with assets like businesses or real estate. This proposal could result in the unfortunate scenario of families having to sell long-held assets like a business or home to cover a tax bill.

You don’t want to end up like former Miami Dolphins owner Joe Robbie. His family was forced to sell the team to cover a $47 million tax bill. The situation also caused huge rifts in the family.

First, donate to charity. It’s an easy, legal way to avoid capital gains taxes. A bright spot of these tax proposals is they would benefit charities.

Second, consider life insurance for your estate plan. It can be transferred to heirs tax-free, and in many cases, serves as tax-bill funding. Work with a professional to find a policy that fits your needs.

Lastly, start liquidating large assets while the tax rate is known. This is a hard pill to swallow, however, it’s easier to operate in the known than the unknown. And to be sure, the future could be costly.

Of course, some get lucky with taxes, like George Steinbrenner’s family. George passed away in 2010, the one year the estate tax was repealed. That saved them many millions and kept the New York Yankees in the family.

But you don’t want to count on fortunate circumstances. No matter your strategy, the future is unknown, so know the laws and get expert help to prepare yourself and your estate. 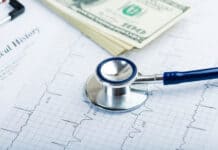 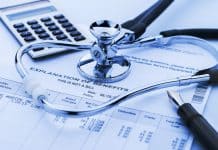 Buried in a Blizzard of Paper, Patients Turn Away