Every two years the country elects a new Congress and as we welcome the 116th Congress in January, a new cycle of education, priorities and legislation will begin. 2019 looks to bring several changes: adding to the fact that the House now has a Democratic majority while the Senate has a Republican majority, over 100 are first time Senators and Representatives. This mix of people, power and expertise will certainly effect the timeline for healthcare changes or improvements in the new year.

The newest element to enter the picture is the declaratory judgement confirming that the Affordable Care Act (ACA) is unconstitutional. Now we have a much more interesting dynamic at hand. Most assuredly there will be appeals requiring the Circuit court and, eventually, the Supreme Court to decide the fate of the ACA. The Supreme Court has a different make-up than they did in 2012 when they determined the constitutionality of the individual mandate and Medicaid expansion. The timeline for this new court journey is unknown and could be quite lengthy.

In the interim, what will our divided Congress do? It’s hard to say. Certainly, any initiative must have significant bipartisan support to be able to pass, but there are some categories where we’ll see efforts made.

As the individual mandate penalty goes away in 2019, we are already seeing some individuals abandon their once required coverage. This trend will continue until the government addresses the escalating cost of healthcare.

The current Republican led House just released a tax bill as a supplement to the Tax Cuts and Jobs Act passed December 2017. Specific to healthcare are provisions, it adds delays to some of the ACA healthcare taxes. In addition to repealing the indoor tanning tax, the proposal includes the following delays:

It’s unclear whether Congress can move this or any other legislation through in the next couple of weeks. But, beginning in January, the new Congress will have to re-introduce any, and all, previous bills if they want to consider them in the new session. Looking ahead a few areas of concentration will be: pharmacy and drug price transparency, women’s healthcare rights, protections for individuals with pre-existing conditions and overall improvements to the ACA.

Spotlight on Regulation at the State & Federal Level

The outlook for 2019 does not hinge solely on what Congress may mandate or what the courts decide about the ACA’s constitutionality. In the early part of the year, the most significant changes will come from regulation at the state and federal level.

The federal regulatory departments, e.g. Department of Health and Human Services (HHS), Treasury and the Internal Revenue Service (IRS), and the Department of Labor, will have a great chance for progress. As seen with the President’s executive order, new regulations can move to implementation much more quickly. The most recent of these is the expansion of the Health Reimbursement Arrangement (HRA) rules that will allow employers to reimburse employee premiums for coverage purchased in the individual health insurance market.

Another significant area is the HHS’ newly released modifications to the section 1332 waivers, allowing States flexibility in the design and implementation of certain portions of the ACA. This provides States the opportunity to make the ACA law work better for their residents. Some options include using federal monies for other reinsurance or risk mitigation techniques, while others may relax the mandate responsibilities.

States are already responding in a number of areas to improve the experience for their citizens. Areas gaining the most traction include, state-based legislation and regulation of out-of-network balance billing, air ambulance fees, implementation of new association health plans, expansion of telemedicine, and direct primary care arrangements.

It’s too early to predict how the new Congress will interact and whether they will be able to find some areas of the ACA where they have common ground. However, the significant increase in diversity of individuals in this Congress will prove to reap some different outcomes than we have seen in the past. This may be positive, or it may polarize the chambers even more.

One thing remains—health care and health insurance are still top of mind for lawmakers, regulators and their constituents. The most interesting solutions will be those where healthcare innovation, regulation, expanded choice and lower costs meet. Affordability and effectiveness are key. Lastly, involvement with our state and federal regulators is necessary to create the policies and climate to improve healthcare’s current landscape. 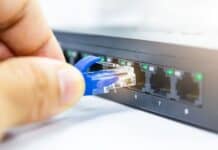 Caring for the Caregiver