A decade ago, there were only four known Alzheimer’s genes representing a small fraction of the puzzle of the disease. Today we have identified more than 100 Alzheimer’s genes, of which a core group of 20 genes represents the bulk of the problem. We now have targeted various “intervention points” where we can impact and impede the progress of the disease and are well on our way to developing drug therapies.

Gina Kolata’s recent article in The New York Times discusses how researchers funded by CAF can now replicate Alzheimer’s brain cells in a petri dish.  This is important because it resolves the longstanding issue of how to study Alzheimer’s and conduct investigations of relevant drugs. Previously mouse models were used but this would not develop a perfect form of the disease; this will increase the rate of testing for drug candidates.

Under the scientific leadership of Dr. Rudy Tanzi, Joseph P. and Rose F. Kennedy Professor at Harvard University,  a “Research Consortium” of world-class researchers have carried out that research within the parameters of a carefully developed research strategy—“The Roadmap.”

Today, CAF has funded the discovery of a nearly complete understanding of the basic causes of Alzheimer’s disease and the pathways to a cure.

What does the future hold? With the continued dedication of our research team and the implementation of our unique business model, the future holds a cure. The next ten years will be very exciting as we pursue the ‘Genes to Therapies’ initiative where we intend to identify the mutations and functional variants in the human genome that directly influence risk for Alzheimer’s disease at the biological level.

We will focus our resources on the top 15 genes to determine how they are involved in Alzheimer’s pathology, and how that information can be used to facilitate more rapid development of effective therapeutic interventions. Each gene will be investigated for three years with the expectation to have thorough documentation of the effect of at least five genes on Alzheimer’s pathology and enough information to accelerate development of novel effective therapies for the prevention, slowing or reversing of the disease.

This remarkable progress could not have been possible without Dr. Tanzi and his brilliant team of researchers, including our very impressive Scientific Advisory Board which includes several Nobel Prize winners; the founding families and directors (which over the last 10 years have funded all of the operating costs of the foundation so that third-party donations can go 100 percent into research); and the more than 20,000 families and institutions who have supported our research. Together we plan to make significant strides in ridding the planet of a tremendous scourge which is impacting all of us in one form or another. 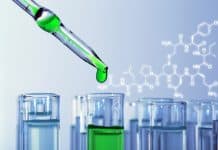 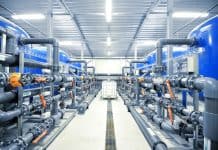 How Can Businesses Find the Right Industrial Equipment? 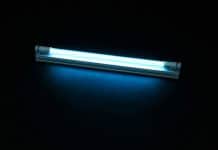