Today’s announcement that the Centers for Medicare and Medicaid Services (CMS) is once again shutting down the Open Payments System adds to the growing concerns that the site is simply not ready to go public. It also further underscores the need for physicians to have more time to register, review and correct inaccurate data that may be housed on the government website.

“It is clear that the government’s website is not ready for prime time,” said Robert M. Wah, M.D., president of the American Medical Association (AMA). “Today’s news that the system will be offline for periods of time on August 30th and September 5th supports the findings of a recent informal online survey conducted by the AMA, where 68 percent of the respondents said they had an overall poor registration experience and 62 percent of physician respondents who were able to access the system found that data contained in the reports was not accurate.”

The newly announced shut down and the AMA’s informal online survey which led to 204 responses, was conducted earlier this month in response to a number of physicians voicing concerns about the system, and continues to raise grave concerns about the pending data release and its potential impact on medical innovation and physician employment.

The survey also found that 44 percent of respondents who tried to register were unsuccessful.

The Open Payments system has been plagued with problems, leading to the Centers for Medicare and Medicaid Services’ (CMS) shutting it down for  two weeks earlier this month. Additionally, due to errors found within the database, including the inability to correctly match individual physicians with reported data, CMS has decided to hold one-third of the reports until next spring.

“Continuing to shut down the website and moving the deadline for physicians to seek corrections is causing confusion and frustration among physicians,” said Dr. Wah. “Patients need accurate information. If the government releases incorrect information to the public, it can lead to misinterpretations, harm reputations and cause patients to question their trust in their physicians. Inaccurate data can also unfairly impact physicians’ ability to attain or keep research grants and other employment opportunities that require disclosure. That’s why the AMA is calling on CMS to extend by six months the time that physicians have to register and ensure the accuracy of their reports before release to the  public. Physicians need enough time to register for the Open Payments system, review their data and seek corrections in order to ensure accuracy.”

Physicians have been raising concerns about the Open Payments system for some time, including the lengthy and inaccurate registration guidebook for the system, which was initially 359 pages, the site’s poor organization and functionality and the excessive amount of time required to register and review reports. Some physicians who found inaccuracies among their reports also had difficulties with the system when seeking corrections – reporting error messages, inaccurate numbers of disputes being issued and no information on next steps. All of these issues underscore why 83 percent of respondents to the AMA survey found the Open Payments system was not user friendly.

Additionally, some physicians have reported being forced to abandon their efforts to review their data because the registration process was overly cumbersome, prone to error messages and time-outs, repetitive, and extremely challenging to navigate. Although CMS says that the process should take just 30 minutes, more than 50 percent of the physician respondents who successfully registered for access to the Open Payments system said it took more than one hour – a significant amount of time to be taken away from patient care.

“Without all impacted physicians registering, reviewing and seeking correction of data as needed, it is very likely that the data released will be incorrect and fail to achieve the goals of the Sunshine Act,” said Dr. Wah. “Making the website unavailable to physicians, once again, impedes physician participation in the program and thus the integrity of the data. 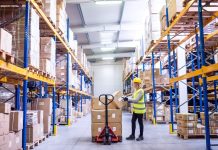